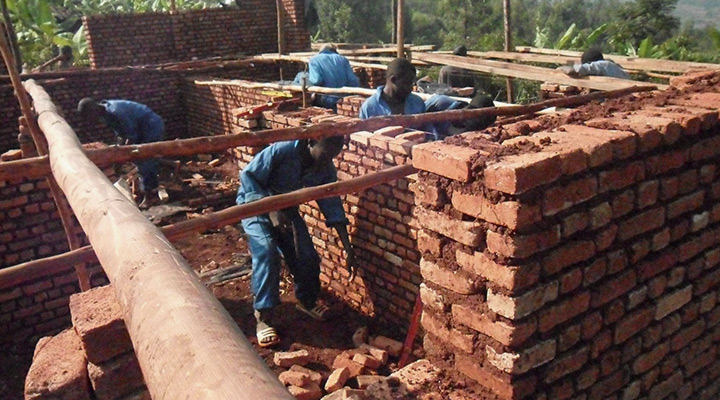 Making the local governments and teachers aware of the project activities.

April, 14th and 15th a commission is set up during a meeting, organised by the Legal Guardian of the AKARARO organisation which initiated a long expected project with a meeting where all parties concerned were made aware of the task. This workshop was organised on April 17th and 18th and aimed to explained the changes affiliated with the selection of uneducated youth who would attend the training.

Identification of the candidates for the course, and scheduling the lectures.

During the meetings where the families are made aware of the project, the process of identification is started whereby the criteria of vulnerability and non-possession of agricultural land are respected. These families which can deliver the candidates for the trade courses. The students are allocated considering the ability of everyone who follows the available courses: sowing, carpeting, masonry and welding.

On April 28th and 29th 2014 a meeting was organized which defined the selection criteria of the unschooled youth from the various communities which would enrolled in the courses. During that meeting the local government, the hamlets, the communities, the ecclesiastical government and the engineering services were present. Also present where the candidates for the courses from the hamlet Kirika, Bigwana and Buyage from the Buhangur zone and the hamlets Teka and Mbuye from the Mbuye zone. On May 5th and 6th an open day was organized to select the candidates. During that meeting all parties involved were present as well as the local and ecclesiastical government. A list was drawn up with the candidates for the course. The table below choice the allocation of candidates of the course: 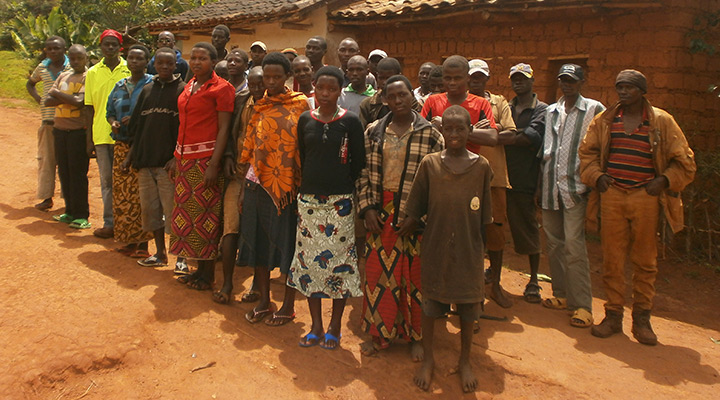 Construction of the lectures and manuals for the teachers.

Competent people in trade were asked to prepare a lecture and create the manuals for the teachers in aforementioned courses. These lectures and manuals were submitted to people competent in the trades.

After setting up the lectures we have distributed the candidates over the course, because some candidates opted out on some lectures. On August 2nd and 3rd, 2014 we have set up a meeting with the staff to finalise the candidates. This met with the approval of the candidates. In total 7 candidates were assigned to the sewing workshop, 5 to masonry, 4 to welding and 4 to carpentry. 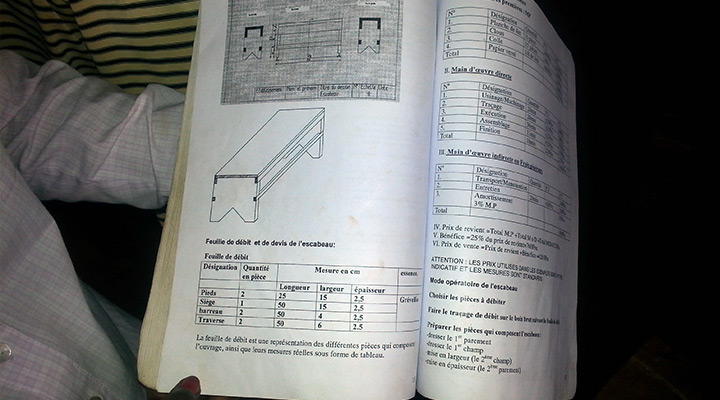 Purchasing tools and materials for the lectures.

The project will use the instruments and material used by the composers of the lecture. Furthermore training course will be organised.

The candidates to the different courses were taught by teachers from professional training centres. The courses were given three days a week until the end of the lecture. After the final analysis, a diploma will be awarded.

The lectures started August 11th, 2014 with theoretical courses and the practical courses started after the tools and materials were received. Below we’ll describe who the courses went during the 6 months the candidates spend in school.